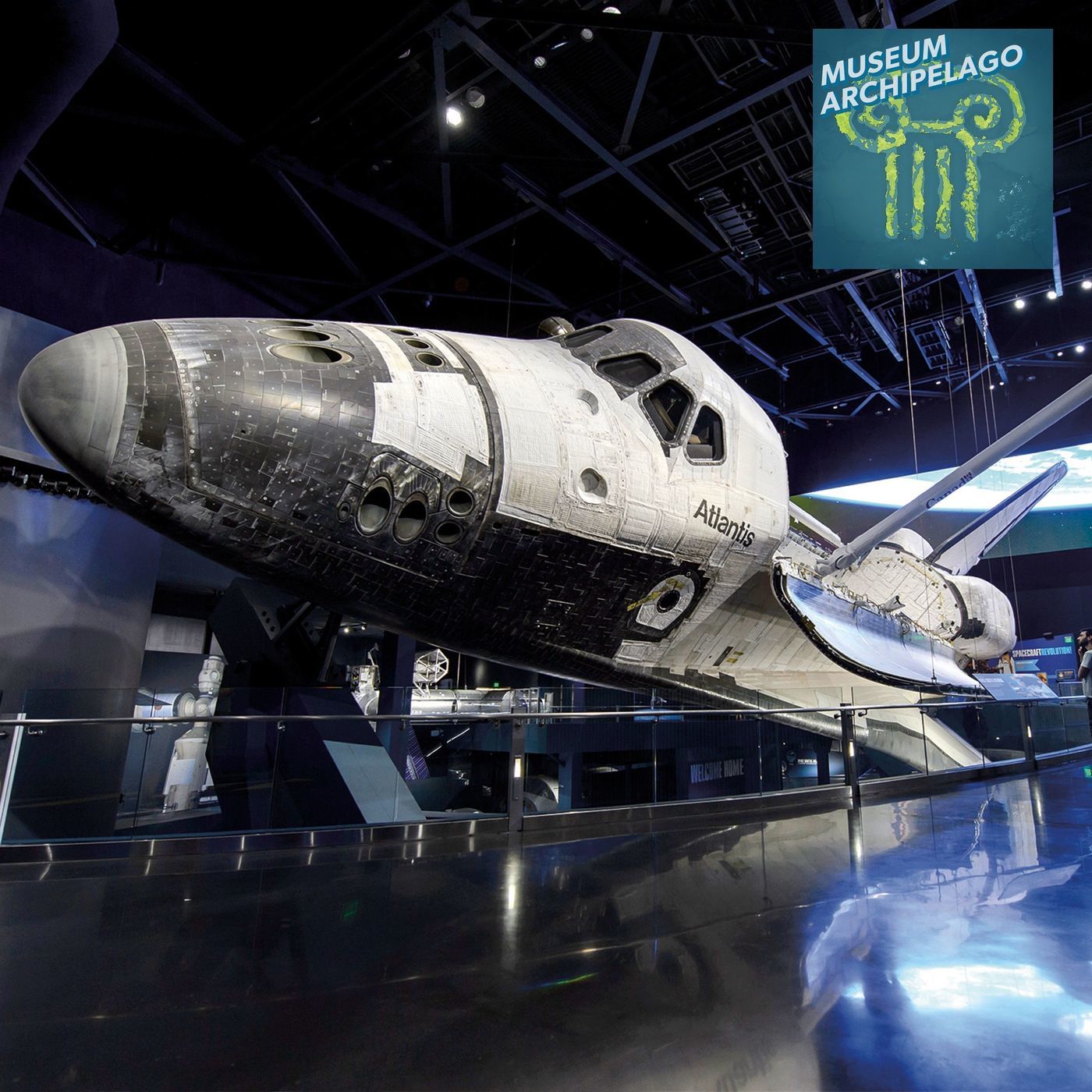 The Space Shuttle Atlantis Experience, which opened at Kennedy Space Center Visitor Complex in Cape Canaveral, Florida in 2013 brings visitors “nose to nose” with one of the three remaining Space Shuttle orbiters. The team that built it used principles of themed attraction design to introduce visitors to the orbiter and the rest of the exhibits.

Atlantis is introduced linearly and deliberately: visitors see two movies about the shuttle before the actual orbiter is dramatically revealed behind a screen. The orbiter’s grand entrance was designed by PVAG Destinations, whose portfolio includes theme parks and museums. Diane Lochner, a vice president of the company who was part of the architectural design team, says that without that carefully-planned preparation, visitors wouldn’t have the same powerful emotional reaction to the Shuttle.

In this episode, Lochner is joined by Tom Owen, another vice president at PVAG Destinations to talk about the visitor experience considerations of the Shuttle Atlantis Experience, whether attractions engineered to create a specific emotional response in visitors are appropriate for museum contexts, and the broader trend of museums taking cues from theme park design.